The game is based on ‘Crusaders of Valor’, a Writers Role-play Guild that was created  in the late 1980’s | early 1990’s by Charles ‘Leto Covington’ King. Initially comprised of real life friends, the group consisted of novice – veteran writers and role-players who used the AOL message boards, chat rooms, and the MUD DragonRealms, as their writing and Role P platforms.

CRUSADERS of VALOR – OVERVIEW
‘Crusaders of Valor’ inhabit the fantasy island of ‘Covington’, which is a part of Mídden Mââr; the persistent/perpetual world for the work in progress game ‘Riders of the Abyss’. Covington Island is accessible only by going through a colossal obsidian portal;  located on the continent of Mëddy Gáëth near its southern coast.

Local mythological tavern tales inform us though that this is but one ‘leg’ of a bigger entity used as a travel conduit by celestial beings, and other brave souls. Leto Covington and his people named it the ‘Rift’, but it is more commonly known as the ‘Abyss’.

Covington Island is  comprised of: 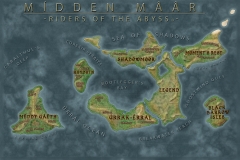 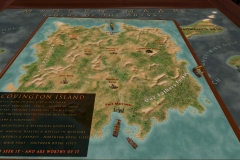